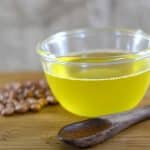 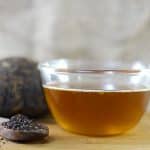 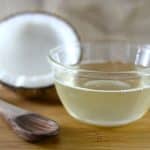 Peanut oil or groundnut oil is derived from peanuts. This oil has a strong peanut flavor and aroma. Some also call this oil as Arachis oil. It is commonly used in cooking and is available in a number of varieties such as refined, cold-pressed, roasted and unrefined. Also, you can easily buy groundnut oil in online.

All the varieties have differences in aroma, flavor and nutritional value. It is healthier than most other oils and also has a nutty flavor to it. This oil is commonly used in Asian countries such as China and Southern Asian countries like Laos, Cambodia and also in certain parts of India.

You can now easily buy cold pressed Groundnut oil in Chennai via Online. Our oils are extracted keeping the highest safety and purity standards. Switch to groundnut oil from other refined oils in your daily cooking ensure a healthy body and mind.

Only logged in customers who have purchased this product may leave a review.

What our Customers say?

Prabakaran Jayaraman
03:06 26 Dec 22
Very good experience of super service. Quality is outstanding. Can not give any negative remarks.

sundararajan D
10:10 19 Oct 22
This is a good shop to buy Ghee. This store closes every day 2 PM to 4 PM for lunch never visit during this time. One... has to wait unnecessarily as the lunch break information is not mentioned anywhere. It is recommended that the owner should mention this details in the google page.read more

Shivaranjini Abin
10:07 28 Jun 22
That was a super fast delivery!And.... The aroma of the ghee even without opening the cap, is just so mouth... watering...I am waiting to try all your products.We are all consuming adulterated products these days.... In such a bad shape, people like you who give importance to natural nd quality food are the most welcome... Please keep continuing to do this good work....We will all be your regular consumers for sure ...read more

Krishnambal Sharma
05:52 12 Jun 22
The items are quite good and the service is also very good.

Mary Geeths
11:27 22 Mar 22
Very reliable and good quality products. We have been purchasing all our need at DM traders for several years.

Santhakumari Doraiswamy
11:00 29 Dec 21
We have been buying edible oils from DM Traders for more than five years. The goods are of good quality.

Ramesh Tirunallai
16:01 06 Oct 21
Very polite and efficient handling of the customers...He has got utmost patience in handling the customers well by... explaining the schemes etc.I love to go to his place though I am staying far from his shop.Ramesh/ Siruseriread more

Guru Rajan
02:30 15 Sep 21
Quality maintained & prompt delivery even nearby locality shops hygienically packs products and delivers to its... customers requisition on our requisition time. Keep it up all the best.read more

Suresh Shanmugam
06:47 06 May 21
Heared about ur quality it is t same as said it is good. Only thing delivery time.

prashanth selvaraj
16:08 29 Mar 21
Hearing Good reviews about Ghee and Oils but not sure about Honey.. Can u please let us know whether the honey is raw... and pure or it has any added sugar onto that ?read more

VEE.N Partha
17:59 03 Feb 21
Nallanei was of very good quality. Thank you very much for the quick delivery and supportive owner.

Ravi and Seetha R
12:36 09 Jan 21
I am your customer ever since it is opened at.chitrakulam west street.I am purchasing because of pure quality oils... mainly and nattu சக்கரை அண்ட் rocksalt.read more

Bharat Kumar
06:15 01 Oct 20
THANK YOU ( MR.RAM CHANDRAN ) FOR A WONDERFUL PRODUCT. AND A THANKS FOR MEMBERSHIP CARD. NICE TO MEET A KIND PERSON... LIKE YOU WHO GIVES QUALITY PRODUCTS TO CUSTOMERS. I WISH YOU DO GOOD IN FUTURE TOO.. THANKS WITH A SMILE :) :) :)read more

Mary Geetha Geetha
12:16 23 Sep 20
The quality of Gingely oil and Ghee has been pretty good and consistent. We travel a long distance to procure items... from this shop.read more

Raj Chary
12:41 02 Sep 20
I generally buy oil and the quality is good. I am satisfied with the quality and service

Shekar Swamy
11:31 20 Aug 20
Superb quality. I am in Nanganallur 15 kms away from this shop but I make it a point to buy ghee from this shop... especially for festival sweets preparation. Very authentic stuff.read more

Shreemogana Shelvan
11:51 30 Jul 20
The best ghee, butter, oils which is now a permanent part of my monthly purchase. Jus go for it without any doubts.... Very good quality guaranteedread more

Krishnamurthe L
08:45 16 Jul 20
They give 5% discount as points which can be redeemed. But there's a catch while using the points against your... purchase, they don't give points for that purchase where you adjust points that's no discount, which is not fair. They should give the discount for the actual cash paid excluding points adjusted.read more

Bhuvana Ganesan
08:58 19 Jun 20
Quality products and very receptive. I am buying here for past 4 years

Ramachandran T S
10:53 16 Jun 20
My experience with DM Traders is one of delight. First time I tried cold press oil of one verify and it was tasting... gud. Next time tried all verities of cold pressed oil products and all were of very gud quality and reasonably priced. With courteous and quick service DM traders stand apart to bag 5 starread more

Venkatesh Sukkal
09:03 12 Jun 20
The products sold here are of good quality and the vendor is very courteous. The shop is tiny which keeps people on the... road among traffic during peak hours.read more

Shan Jay
12:07 28 Feb 20
Been purchasing for more than a year, though didn't have much time for a feedback, we buy ghee, butter and virgin... coconut and gingelly oils here, all if them are of good quality, feeling happy with their productsread more

Girija Natarajan
12:22 11 Jan 20
Excellent pleasant and courteous service. Very prompt service. Products are extremely good. It is a pleasure to shop... despite shortage of spaceread more

V Boopathy
11:51 11 Jan 20
We have been buying the products of DM traders for over 5 years. We are happy and fully satisfied with products,... service and the courtesy of the owners. We have no hesitation in giving 5 Star ratings to the traders.read more

Meenakshi Ramaswamy
20:27 15 Dec 19
Quality products even though price is high, shopkeeper is very composed, above all he does Door delivery . Keep it up... your quality of products.read more

Varalakshmi Bhaskaran
14:41 19 Oct 19
Superb quality oil and ghee. Very customer friendly. I strongly recommend this shop for good quality oil, ghee and... butter. Such a well maintained shop which makes effective use of the space!read more

Cundrathur Natarajan
11:23 27 Aug 19
My first start with cold pressed oils cow's ghee and butter started from five years ago. It continues due to the... genuineness, pure and reliable services. Reliable place for healthy kitchen oils and define lamp oil.read more

Ramachandran G M
14:48 20 Aug 19
Though small shop their Service, Products are very good..Dependable in quality...Keep it up

Maria John Bosco Jegam
06:16 20 May 19
In time deliveryGood products. My wife loves it

Jayanthi Ravi
17:46 22 Mar 19
very pure ghee to use and service to customer is treated in good and polite manner that makes me to come far away from... mogappair to mylapore.read more

V Sai S Narayana K
17:29 11 Mar 19
It's a tiny shop in the heart of Mylapore close to Kapaleeswar Temple. Neatly organised and optimum space management by... the shop owner.selling quality products. We have tried cow ghee,lamp oil and cold-pressed oils, all are good. Apart from ghee and oil they HV other varieties of oils,honey,pappads,powders etc,etc. Good quality and service - worth visiting.read more

Prema Nathamuni
14:07 02 Mar 19
Service is good I use to get butter and oil everything is good Wish you all the best to grow more and more You r in the... centre of Mylapore Lord Aadi Kesav Perumal and Kabaleswar - always guide and Bless youread more

Sridhi
18:44 04 Feb 19
I was looking around for good quality cold pressed oils, butter and ghee and happened to find this place via Google... search. Since October, I have bought coconut oil, gingelly oil, groundnut oil, cow and buffalo butter and varieties of appalams and vadams. I found every item to be of good quality and decently priced. Moreover, the oils are weighed in kgs unlike most of the places where they measure in litres. Overall, a place in Mylapore for people wanting good quality at affordable price.read more

Sujatha Devi
18:05 26 Jan 19
Quality of all products are excellent. I’m fully satisfied with this shop & I can very well recommend to my friends &... relatives ?read more

jagadeeswaran thiagarajan
12:19 24 Dec 18
Buying edible oil and ghee every month for the past two years. Both oil and ghee is good. Moreover they maintain good... relationship with the customers.read more

Uma Subaramanyam
14:13 20 Dec 18
Right from the opening day i am buying the products. Good quality reasonable price a very courteous owner who himself ... packsread more
See All Reviews 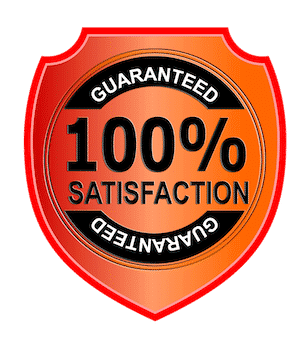 WE ARE USING SAFE PAYMENT.

100s of new products added now. Next day delivery. Check it out! Dismiss